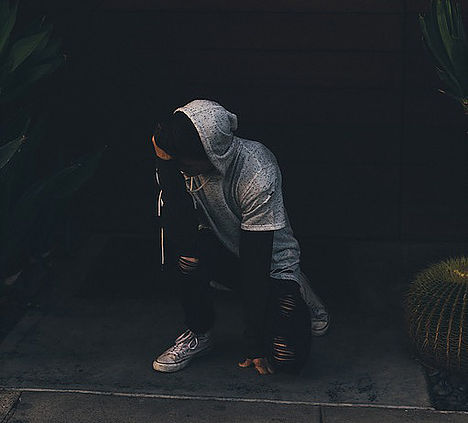 Back in April we visited some Florida Man highlights when we checked out Chris Farren, like the Florida Man who said the cocaine in his buttocks wasn’t his. Well don’t worry, Florida Man continued his shenanigan-filled tomfoolery in honor of CADE and his new catchy track that’s racking up listens; like the FM (no relation to other people with those awesome initials) tried to walk out of a store with a chainsaw stuffed down his pants; or the FM who threw a toilet at imaginary attackers while barricaded inside a meth lab; or the FM who terrified a vacationing family with gunfire meant for an iguana; or the FM who screamed “F*ck Them Horses” before punching a police horse; or the FM who pocket dialed 911 while cooking meth with mom; or the FM who was arrested for beating a drag queen with a tikki torch while dressed as KKK member who then ran for mayor (of town just north of Ft. Lauderdale); or the FM who spent 5 hours driving his dead grandmother around a nudist colony; or the FM who attacked an ATM with a hatchet after it didn’t accept his check; and let’s not forget the FM who called 911 after his Playstation stopped working! “Hello this is 9-1-1. Do you need police or paramedics?” “Do you know about the whole thing going on with the Playstation Network..?” Well the 19-year old singer/ songwriter/ producer CADE from the always classy seaside town of Tampa finally got his Playstation working and has performed alongside G-Eazy, Steve Aoki, Jason Derulo, etc.