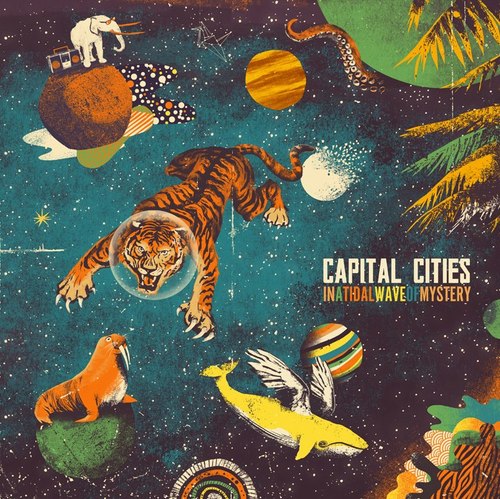 Capital Cities much anticipated new album dropped yesterday. As a Capital Cities devotee, I was very excited. This album brings us a number of favorites from the Capital Cities EP that was released in December as well as a number of new jams. Safe and Sound and I Sold My Bed, But Not My Stereo are perennial favorites. Farrah Fawcett Hair is one of the new tracks and is quickly climbing the hypem charts. It’s cool mod/disco sound brings something new and interesting with some nice contributions from Andre 3000 that are perfect for this song. Chartreuse brings us back to that electropop mixed with Cake sounds that we all love so much from Capital Cities. Also not to be overlooked is the more sexy, upbeat and dancy track, Origami. The album was already set up for success with the plethora of singles from an excellent EP but has managed to add some new gems that will go directly into my playlists! Enjoy these jams at all your summer bashes, you won’t regret it!

Stream the full album on Spotify or MySpace