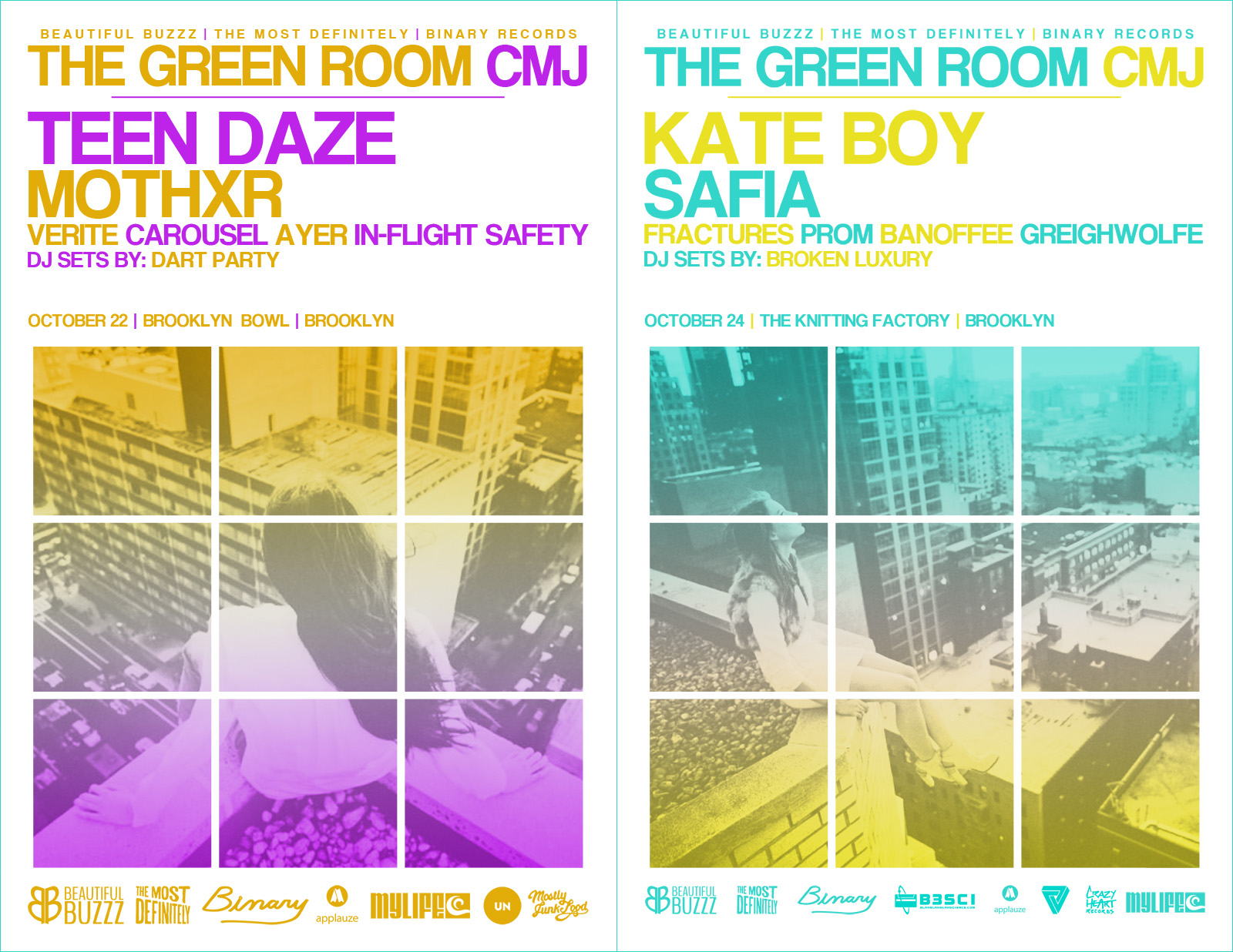 So while you thought we were all busy just working on Escape Music Festival we’ve also been hard at work putting together not one but TWO CMJ showcases. The first of which is going to be held on Wednesday October 22nd at Brooklyn Bowl. The lineup is quite stacked with talent from near and far and we’re stoked to finally announce it!

At Brooklyn Bowl we’ve got a strong lineup starting with Canadian rockers In-Flight Safety. We’ve been high on their brand of introspective rock music for a few months now and are thrilled to welcome them stateside. Next up, we’ve got Brooklyn sensation AYER who has taken the town by storm in a very real way over the past couple of months. We had him play Brooklyn Night Bazaar back in August and believe me, the set does not disappoint. Then we’ve got LA electro pop duo Carousel making the trip east to light up the bowl. Should I keep going? VERITE. Another barn burner of an act out of NYC sold out her debut last month at our Escape kick off with Popshop. The hype is real. Let me take a breathe. OK I’m good. MOTHXR is bringing us around 3rd base with their mysteriously cool beats and and Penn Badgley’s chops. It only gets better. Then we’ve got an EXCLUSIVE play from BC’s very own Teen Daze. With vibed out dreamy synths, we’ll be whisked away into sonic bliss.

To round out the bill we’ve got:

GET YOUR TICKETS HERE

Then there’s ROUND TWO!

So nice we’re doing it twice. We’re bringing it back to where it all began at The Knitting Factory. And we’ve got another show stopper panty dropper for you to kick off your weekend. We’re going hard to the hoop with Stockholm’s Kate Boy, SAFIA, Australia’s Fractures, Brooklyn newcomers PROM, Melbourne’s Banoffee and Greighwolfe hailing from the UK. I mean it wouldn’t be a The Green Room show without 50% of the lineup being from Australia right??