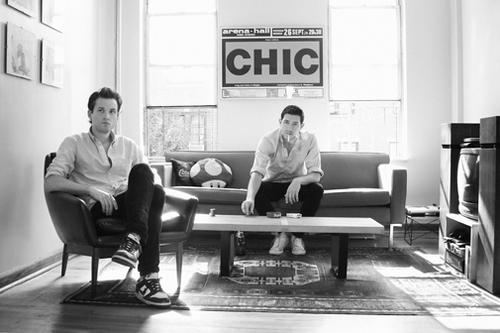 Holy Ghost! are set to release new LP Dynamics on September 10th and kickoff a new tour in just a few days. Today, they have shared a second track (the first being “Dumb Disco Ideas“) off of Dynamics, “Okay.” It seems the track was originally named “It’s Okay,” but now has been shortened to simply “Okay.” Regardless, it has the vintage-y synthpop sound that the New York duo have become well-known for and continues in the positive trajectory of their self-titled debut. According to Alex Frankel, via Rolling Stone, “Okay” is about ‘being in a situation – in this case a relationship – that feels like a B-movie: You know you should turn it off but you just . . .can’t.’ Judge for yourself below.