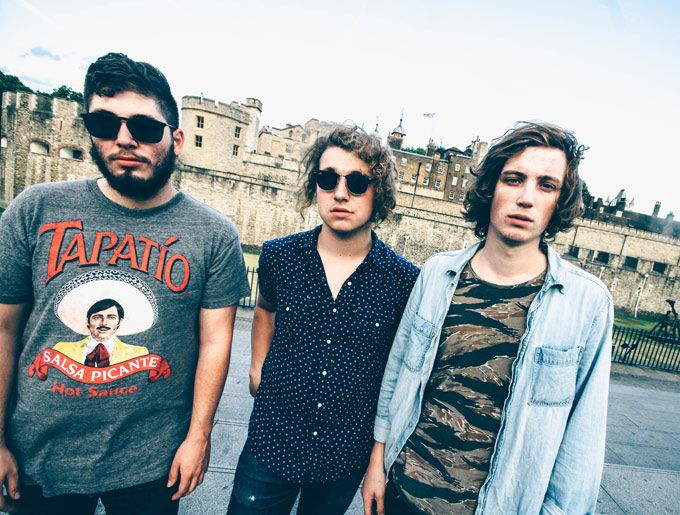 These 3 dudes from Buffalo, NY describe themselves as a World Famous American Rock Band…. Grandiose ambitions are the only kind you should have though (even if ur a fledgling garage band)! If your ambition’s not awe-inspiring and face melting in its own way… well go take a hard look in the mirror mister. This rock is lo-fi, fun, and garage bouncy (even if it is a bit “major label polished”). The three inseparable best buds never intended on taking over the world; they just wanted to sit around, drink Four Loko, and play tunes – but then Columbia Records came a-knockin’, they released their first real EP in February (it’s real good), and played SXSW. So far so good boys. We’ve got some catching up to do.