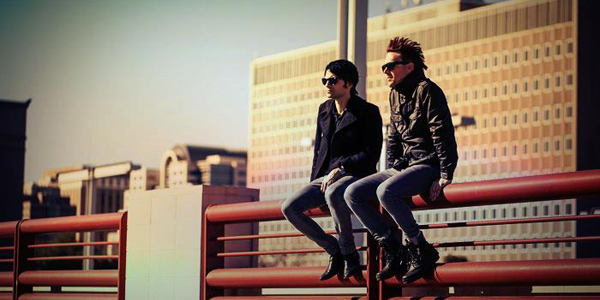 Sea of Light is the first featured single off our favorite Austin band, Night Drive’s upcoming EP release. We fell in love the Austin duo with their release of ‘Drones’ and the love affair continues straight into the 80’s tinged disco lit night with Sea of Light. If you’re still unfamiliar with the boys, I think they said it best:

Night Drive is the type of music you would hear on a car stereo if Giorgio Moroder and Ray Bradbury were driving late at night through a buzzing metropolis. Inspired by bygone era of glamour and excess, kalioscopic neon lights, Studio 54 and Tony Wilson’s Hacienda, the band pulls influence from acts such as Brian Eno, New Order, OMD, The Drums and LCD Soundsystem to name a few. Night Drive rides a nu-wave of fast-tempoed, synth-based electronic sounds driven by rich guitar melodies and arresting vocal hooks.

Rumors abound that they’ve cooked up a ridiculously amazing remix for our label, but you know the drill, I can’t comment on that. You’ll just have to wait and see.