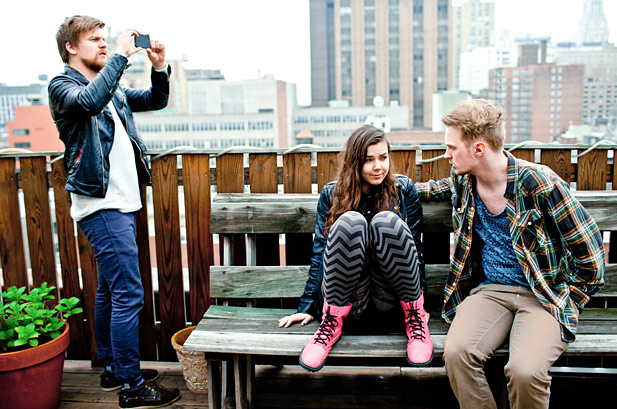 Of Monsters And Men – Little Talks (The Knocks Remix)

So it should come as no surprise that we have the Knocks’ work sneaking up on TMD once again. This time, it’s in the form of a remix to Of Monster And Men’s “Little Talks”. It’s quite an interesting remix, just based on the two very different musical stylings of each group. Of Monsters And Men is a six piece indie group from Iceland; while the Knocks is two dudes just slaying it from Brooklyn. Simple as that. Well, here, it works out to sound like pure sonic bliss.