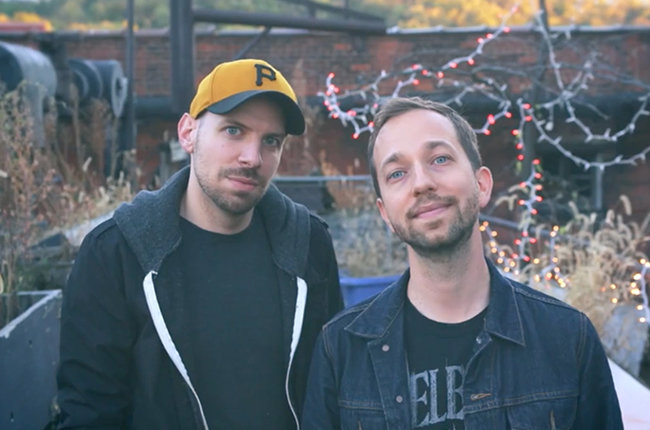 Punchline – Tell Me How You Sleep

Although we haven’t heard from him in a while, we’ve been early supporters of Harrison Wargo’s BADBOXES project. But little-known fact, his manager Steve Soboslai is actually the guitar-wielding frontman of Pittsburgh cult band Punchline, a project also featuring BADBOXES live drummer Cory Munro. So we thought we’d keep it in the family and tell you about how great Punchline’s new single and video “Tell Me How You Sleep” is.

Although formerly signed to Fueled By Ramen in the pop-punk era, Punchline has taken a turn, adding synths into the mix in order to create something new and exciting. “Tell Me How You Sleep” is absolute ear-candy featuring Steve’s glossy vocals, an earworm of a hook, and colorful synths that are becoming the new norm in the Punchline reboot.

Check out the fabulous animated video below and stay tuned for more from the Pittsburgh group.

BadboxesPunchlineTell Me How You Sleep