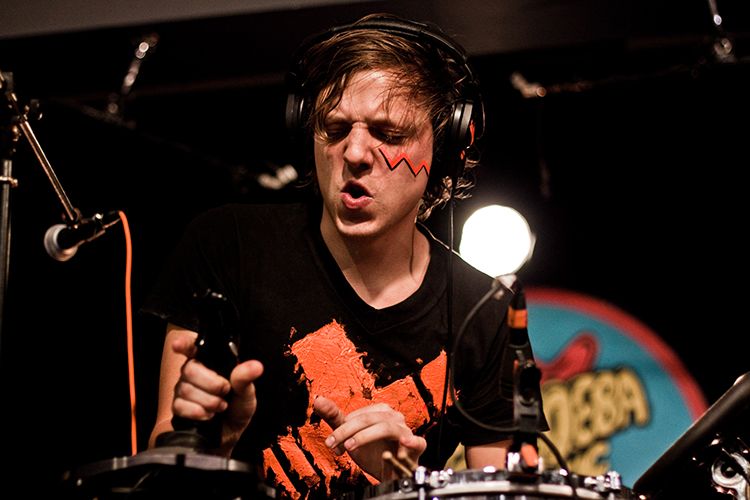 Seattle-native turned LA-transplant, Robert Charles Edward DeLong (quad names are bomb btw), started off playing in indie rock bands but was led astray by the rave culture (does that mean he just started doing lots of drugs on school nights at abandoned warehouses?). So he decided to do some genre blending, making sort of indie-electro-pop-experimental-dance stuff, seemingly with some dark undertones (that tickle the nostrils) (I sound like a douchey wine guy talking about the tannins… ugh – shoot me now. I swore I’d never be this). Fun fact, he uses Nintendo Wii and Sega Genesis controllers connected to his laptops and what not to alter and play with his music when doing live sets. Idk about you, but that sounds really cool.