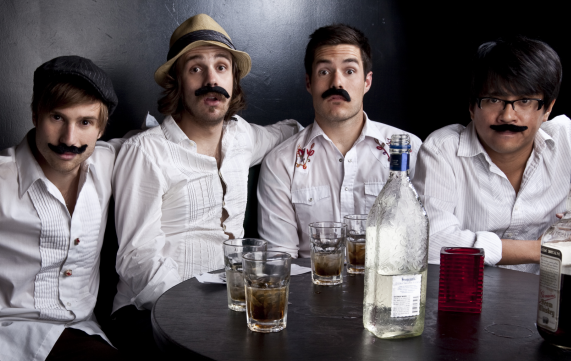 I’ve been listening to a bunch of Saint Motel lately (Daydream, You Do It Well, etc.). I’ve really been digging their self described “dream pop” or “indie party” sound. In fact their band description on soundcloud is too interesting not to share with all of you.

With sophisticated savvy and singularity, the Los Angeles quartet Saint Motel has built a formidable reputation on the back of inventive indie pop and wildly fun live shows. Mixing blistering pep with unique flair and rousing rhythms, Saint Motel’s aural catharsis is pure bliss with a twist of cynical humor. Once pulled in by the pulsating and joyous melodies, delight can be found in the surprisingly avant-garde lyrical subject matter. Stories reveal themselves through thematic twists and turns with a narrative voice both subversive and sincere.

Now this is quite a lofty bar for your songs to live up but I think they really pull it off in their newest song, My Type. From the first horn blast to the last rhythmic beat the band reaches the elevated goal they’ve set for themselves. This song brings a lot of pace, fun, great sound and hopefully even a little aural catharsis from all of them to all of you. Plus, who doesn’t love a bunch of guys with fake mustaches?