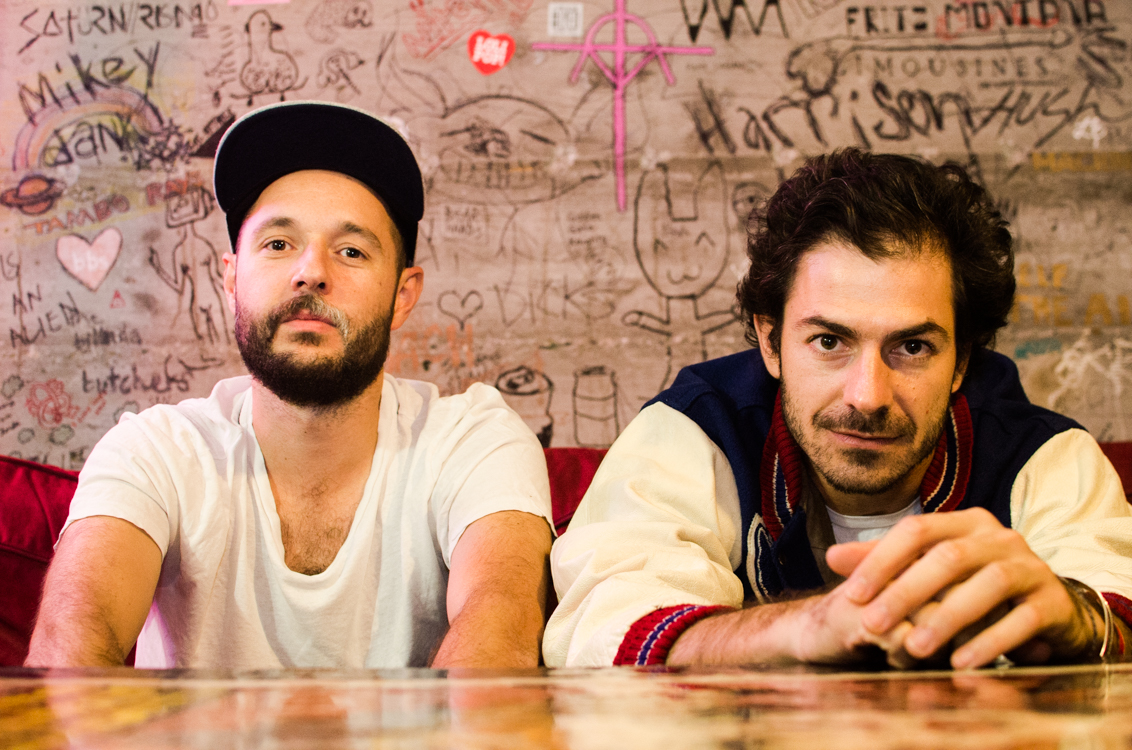 Let’s say I had a buddy named Lorenz. We’d call him L, since he has a “Z” in his name and that’s silly. If you’d ever meet L, you may not learn that he loves to dance, but he does. This sexy German fellow would put on an air of seriousness, but where he’d feel most at home is standing on a couch at a disco-tech, head slightly lowered, one hand in the air, swaying to the euro electronica dance jams. Well, these dudes Bag Raiders love people like L. The Australian electronica duo have said that playing in America can “be a little strange sometimes” as we Yanks generally sit around “chin-stroking” waiting for the hits; while playing Europe is the polar opposite. Europe has people like L – “a little more knowledgeable when it comes to dance music” – so they can play a whole set of “deeper cuts.” The self professed orchestra/choir/band geeks have come a long way since getting together after meeting in Australian high school (whatever that entails): from playing “wherever they were invited” to their North America Tour starting next month: 3/12 @ Bowery Ballroom.

Feli is DEFINITELY Listening to this