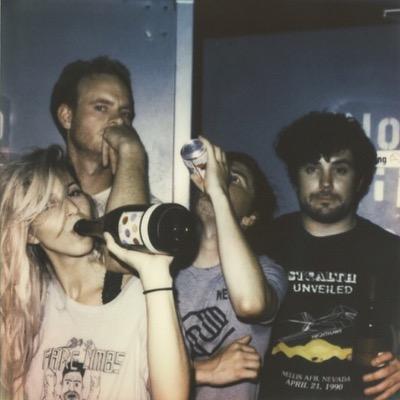 So sometimes bullies can be cool. Well, better said, usually bullies ARE “cool” kids who pick on their future bosses, hook up with their future bosses future wives, and collect head trauma via football practice and failed keg stands. In the same way subjected groups assimilate the slur that came to identify them and then flip it on it’s head as a badge of pride: enter Bully – the actually cool Bully. The Nashville foursome’s debut full-length is out last month and it’s totally killer. Alicia Bognanno’s voice goes from scratchy and hoarse, almost as if she’s on the verse of losing it, to sweet and cute, and back to chain-smoking hoarse in just a few verses. Oh, and when you talk to her, don’t ask her about being a girl in a band – and a rock band at that – because it simply shouldn’t, and doesn’t, matter. A band’s a band. And if you kick ass, you kick ass, whoever is in it. Don’t label me bro!

That is Most Definitely what Feli Says #wwfs