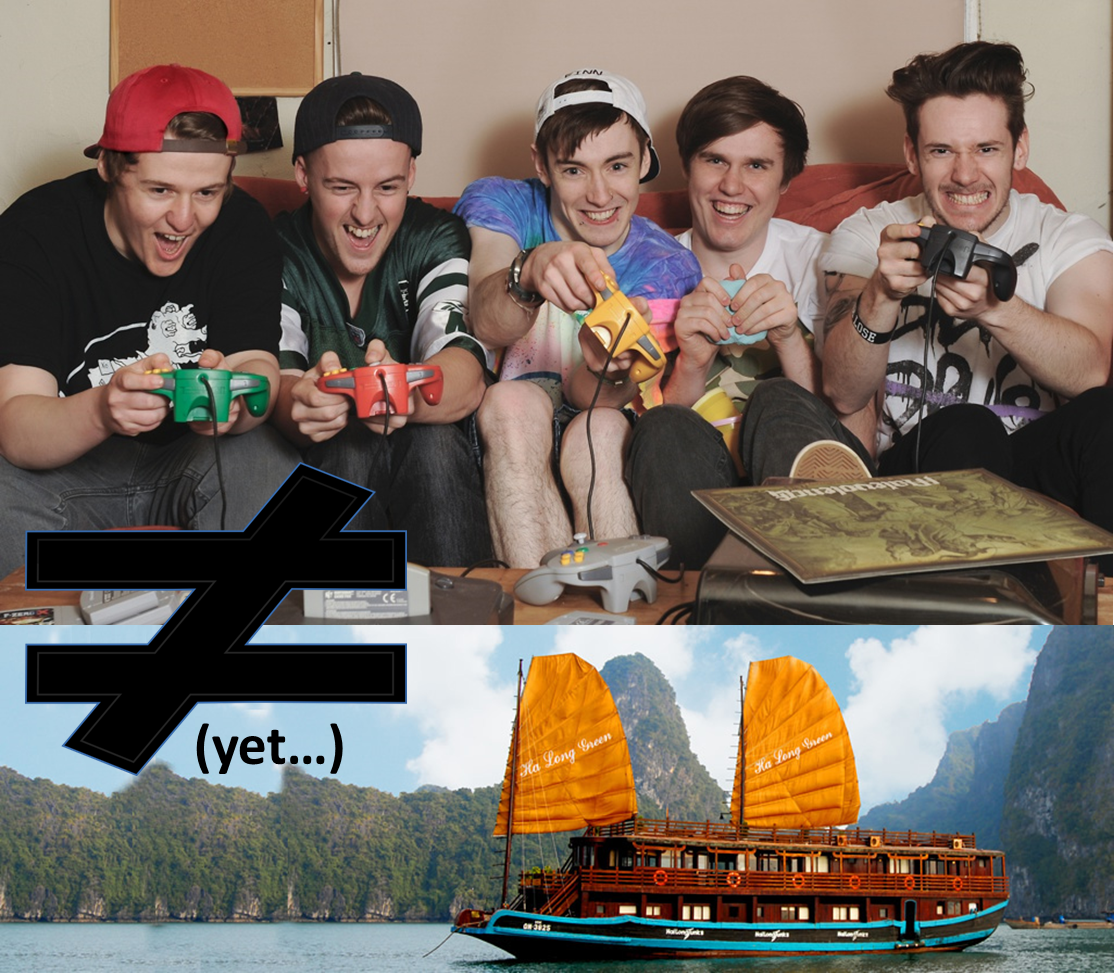 Can Trash Boat be the Junk Boat of UK Punk?

by Felipe
0 Comments
Just another killer band in the burgeoning UK punk scene? I think not! A Trash Boat, not to be confused (yet) with junk boats (above), which can be found cruising through Ha Long Bay in Vietnam, is a group of 5 young squires from Saint Albans, UK who got together in 2014 and immediately started making waves (boat pun intended). They put out a sweet EP quickly in 2014 called Brainwork, won some random music festival contest thingies, and just now put out their debut full length, and it’s really good. So good actually, that Dan “Soupy” Campell (ya, that’s the dude’s real nickname) from The Wonder Years decided he’d dip his hand in the producing jar. And so their album Nothing I Write You Can Change What You’ve Been Through is also his debut album as producer. Hopeless Records (their label) out of Van Nuys, CA has not so quietly been gathering up all the top UK bands (Trash Boat, Neck Deep, Moose Blood, ROAM) along with some killer stateside bands (The Wonder Years, Have Mercy, NFG, Sum41 – ya they are still around too and aren’t bad live, just saw them at Warped Tour… yes I went :-/ ).
Anyways, all of this was just a way to get to talking about junk boats and how awesome they are (and how they relate to Trash Boat). Junks trace their roots back to 2nd century AD China where they were efficient and sturdy ships (obvi since they are still around today) that traveled long distances and incorporated lots of technical advances in sail plan and hull design that were later adopted in Western shipbuilding. Cool right? Even Ben Franklin urged US shipbuilders to take ideas from junks for our own boats. They continued dominating the seas even in the 15th century with Zheng He’s treasure ship’s that were over 390 feet long. In comparison, Christopher Columbus’s ships (same century, remember?) were only about 85 feet long. Basically, junk boats are dope and were used abundantly for almost two millennia. I’m hard pressed to think of something else of such worldwide technical importance (used modern free-flooding design where the hull would auto ballast water in and out to cushion shock and reduce pitching).
So can Trash Boat be the Junk Boat of the UK punk scene? I’m sure they hope so, and they are off to a helluva a start. But for right now they are just trash (and my treasure). Maybe one day, if they work real hard, they can be considered junk. Wouldn’t that be something.
Feli Says Trash Boat isn’t Trash at all