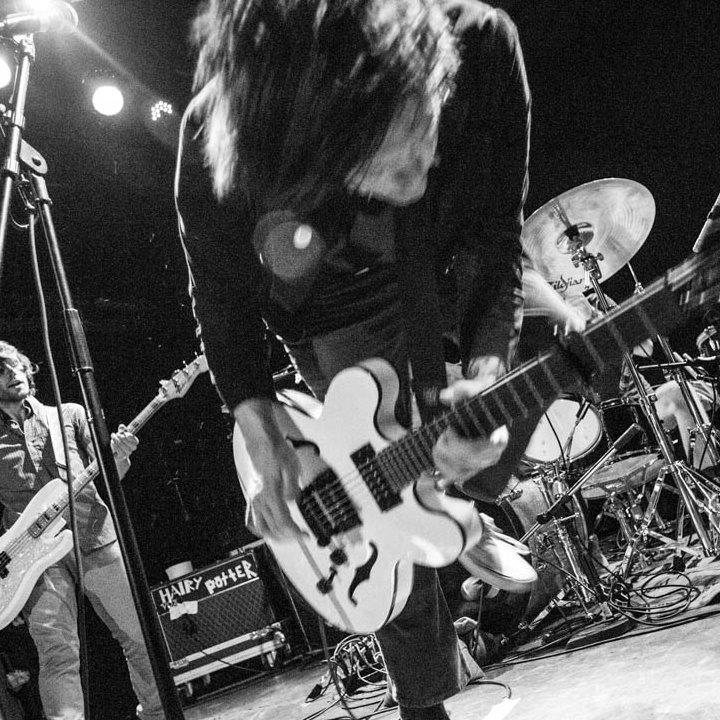 Fill your lexicon with Beach Slang

If you’re in a rut for some new Japandroids (they basically just don’t make albums because they’ve admitted, “we stink at our instruments so it takes us a long time to make stuff“) or perhaps some old school early 90’s Goo Goo Dolls, fear no more, Beach Slang is out with a new album, and their first full length, last week, “The Things We Do To Find People Who Feel Like Us” (btw, anyone else loving these super long band names and album titles? just awesome). The Philly foursome’s previous EPs had equally awesome titles: “Who Would Ever Want Anything So Broken?” (#soemo) and “Cheap Thrills on a Dead End Street.” Now, where did they get a name like Beach Slang? Funny you ask. Frontman James Alex “used to skate with this really sweet girl who would refer to the way I spoke as ‘beach slang’ and I’ve never shaken that off. The really soft parts of your childhood have a way of sticking around.” Cool cool cool… But 1) what business does a kid from Philly have talking in what would be referred to as “beach slang”? And 2) how would some kid from Philly even really know what “beach” slang sounded like? Shouldn’t it be like “grey-and-cold-all-the-time slang”? or like, “we’ll-never-be-happy-with-our-sports-teams slang”? or “all-of-our-politicians-are-corrupt-but-hey-look!-more-snow! slang”?