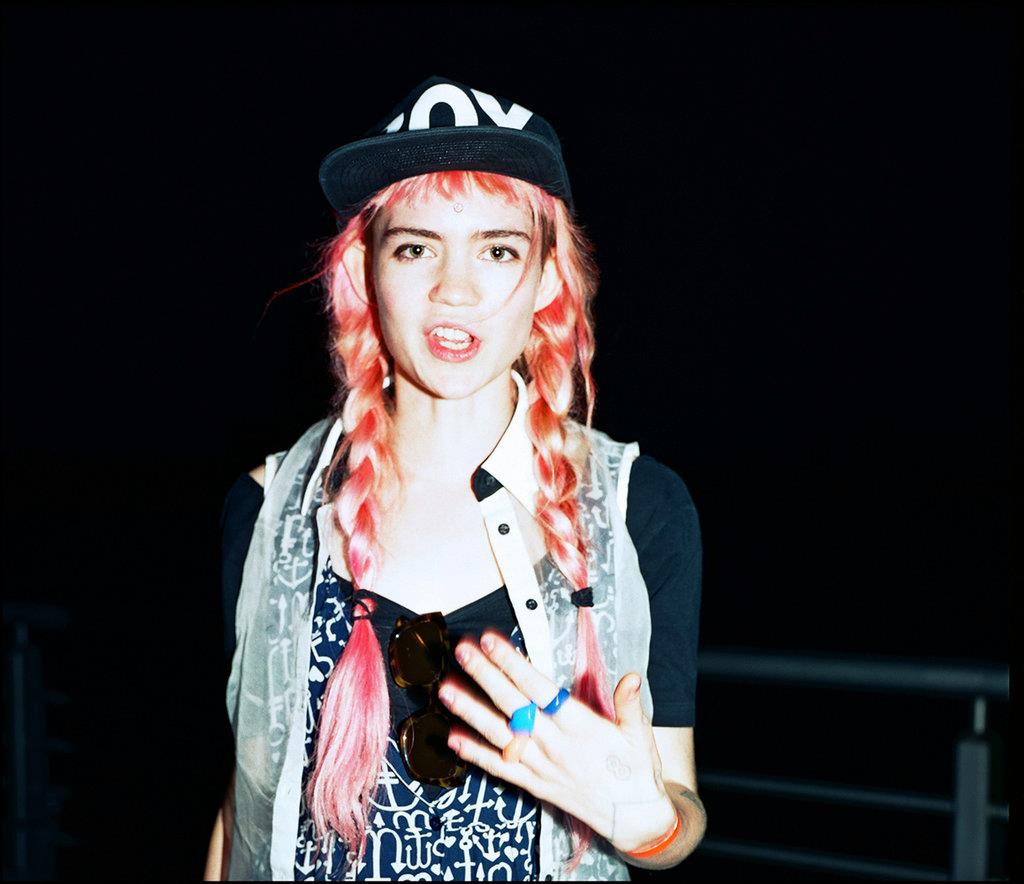 A Tale As Old As Time: After falling deep in to the underbelly of Montreal’s experimental underground music scene – and falling hard she did – Claire Elise Boucher, a Vancouver-raised ballerina attending McGill to study neuroscience (the Harvard of Canada if you didn’t know – although it IS “Canada” – but like, Sangria Wednesday’s at Gert’s Bar… am I right or am I right?!), became the scene’s latest victim. She began spending more and more time recording and performing under the name Grimes (taken from Grime music, a genre that emerged in England in the late 90s: primarily a garage/drum & bass/ dancehall combo), eventually only attending class to take exams, which promptly led to her expulsion, bc, well, Canada don’t play no shit! Life on the mean streets of Montreal didn’t last long as Claire, now just Grimes, started a performance space in an abandoned textile factory which led to the creation of her record label and being pretty big time. Now the vegan producer/artist/musician/singer/ songwriter and music video director is finally out again with new tunes (full length album 11/6) (all real facts btw).

Feli Says get ’bout it ’bout it