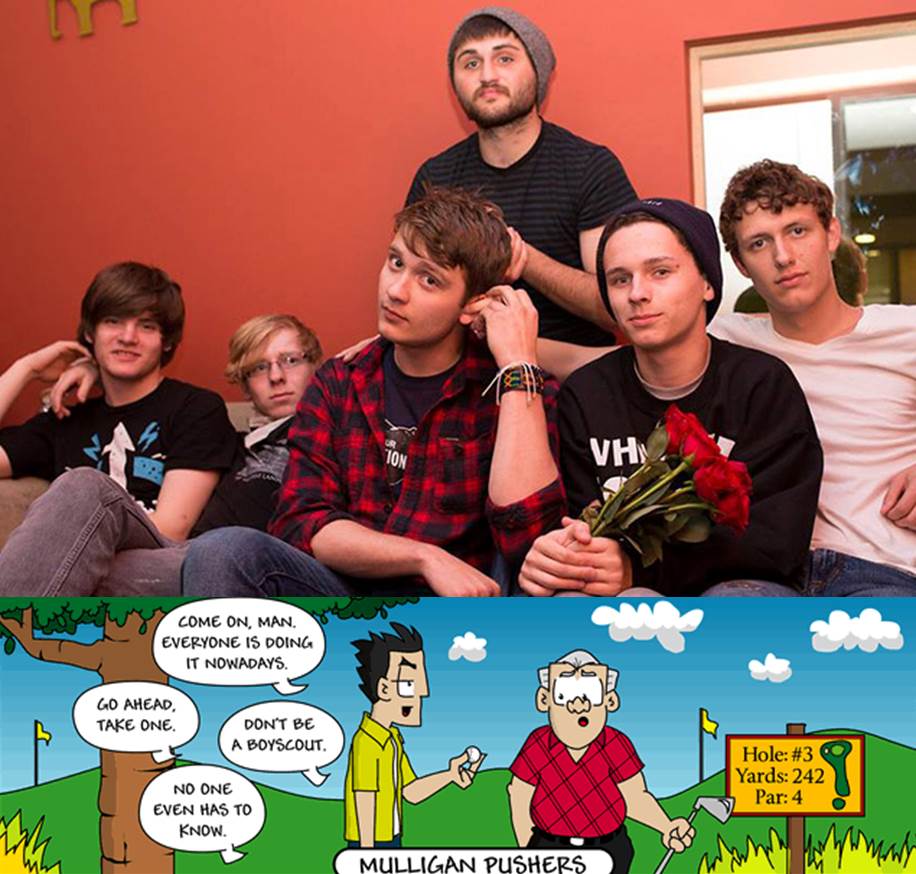 Hot Mulligan is in full swing

Keeping in tune (get it? “tune”? whatever…) with the Detroit, Michigan theme from last week, is a band from Michigan’s upper peninsula (which is beautiful btw, if you’ve never been), currently residing in Lansing. Anytime I see this band’s name, Hot Mulligan, not only do I laugh, but I think about a buddy of mine named Bill Welch (if you don’t know him, look him up). Bill likes to pretend he’s really good at golf, and he ain’t bad, but let’s just say this band’s name is very reflective of whatever he claims his handicap is. Hot Mulligan (like Billy boy) is pretty darn cool, and when asked what sets them apart from other bands, they said, and I quote: “ Our song titles are better than any other bands’ song titles. Also, we’re basically the only band from the upper peninsula of Michigan. ” hah! As for musically..? Some choice song names are “Jimmy Neutron Had a Dog So Why Can’t I Have a Friend?”, and “I Fell in Love with Princess Peach” (very Fall Out Boy circa 2005 of them). So there you have it. And here you have a newer song of theirs, that I can only image was written about those named in the title. Although their band name has nothing to do with golf, it’s still good that you all know you can probably beat Bill at it.

Feli Admits Bill takes far fewer mulligans than he does :-/