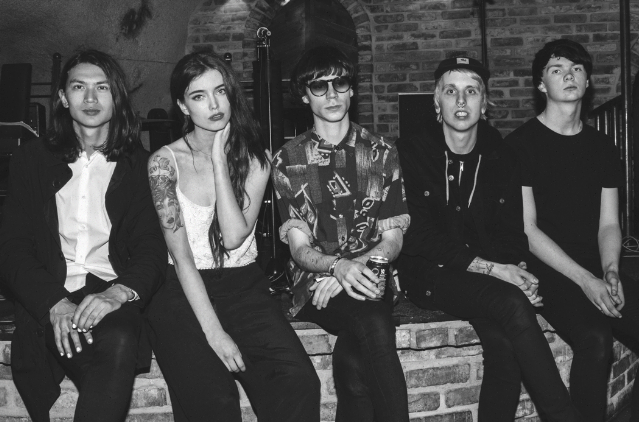 The Sun Days on Mondays

Why do we call it “Sunday Scaries”? I’ve heard folks use that term to describe the looming fear of the ever fast approaching Monday work day; which it then should be called the Monday Scaries… Right? Or am I missing something? You’re “scared” of Monday. Then again, I’ve also heard it described as the sort of Sunday hangover shakes from boozing all weekend and foggily recounting your last 36 hours of mistakes (where did these pro-Trump texts from someone named Frank come from/why is the Chinese food delivery guy asleep on my couch/why do my heels have no heels/this isn’t my shirt), while realizing you are indeed a tax paying adult with responsibilities and employees to manage in a few short hours. That sounds terrible. But I still don’t get the “scaries” part :-/. Either way, next time the Sunday scaries come a’creepin, you can find relief in The Sun Days – who are none of the above things – (and who may or may not have essentially copied another band’s name), providing breezy Cali-inspired beach indiepop by way of Sweden. They are happy, fun and all around super chill awesome. Stereogum called them “one of the best new bands in the world” back in their February review – bold, to say the least. They also mentioned that calling your band The Sun Days (with a space in between “Sun” and “Days”) is “a lot like adopting the name Churches or Limp Biscuit or Ray, Dio Head.” HA. Nice one. Their 2016 debut album, meticulously titled “Album,” is real real nice.

Feli Says DEF Listen to this one