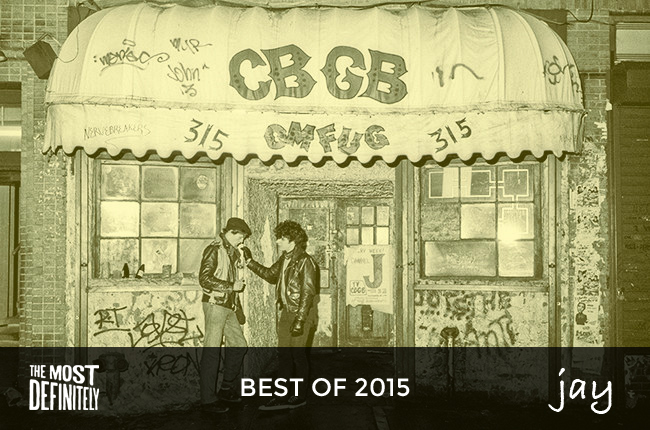 2015 was quite a year. For me it was a year of unparalleled personal and professional growth. In fact — and in full disclosure — this was also the year I hit 30. Maybe it’s reaching a new decade or maybe it was just the tone of music in 2015 or maybe I’m just projecting, but I noticed my favorite tracks being much more lyrically driven than in previous years. There’s certainly no doubting this notion with selections like Tame Impala’s “Let It Happen,” Grimes’ “REALiTi (Demo),” Courtney Barnett’s “Depreston,” and Kurt Vile’s “Pretty Pimpin.” Now, I understand this isn’t quite a resounding plug for an uplifting listen. However, there is a realness, intensity, and immediacy in these songs that I haven’t noticed or felt in my prior year-end lists.  Also unlike years past, I made the decision to keep my playlist to my absolute top 10 songs — no more, no less. So, to stay with the theme of conciseness, here are the 10 songs that made my 2015. I hope you find as much enjoyment out of them as I have over the course of the year.