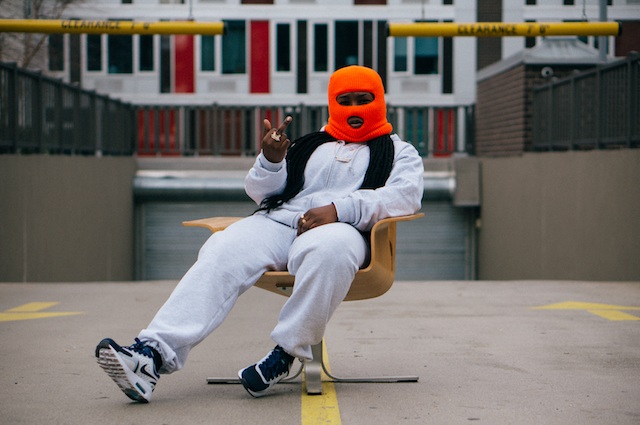 A Bed-stuy Brooklyn native, Leikali47 is an anonymous rapper, currently in favor with Mr. Jay Z himself (he put one of her tracks on his summer playlist). Leikali47 (pronounce Leh-kay-lee) wears a ski mask (following the trend that 21 Pilots and Masked Intruder paved) and when probed, claims to wear it “at all times.” Just like Masked Intruder, the media doesn’t actually know who she is. The similarities to Masked Intruder end there though, as MI are an outlaw band on the run from the cops, play dopey pop punk, and hail from Wisconsin; while Leikali47, a rapper, wears the mask so people focus on her music and not her, so she says at first. It seems to also help with her performance and stage fright, as she was always a shy kid growing up and mostly a loner. I have to think those folks performing masked, Slipknot included, must have to lotion-up all the time, have tons of spares, and really struggle with acne, right? Why do we wear masks though? You could say the use of a mask is the physical manifestation of the concept of providing the wearer the means to transform themselves and their personality. Masks have been used since the dawn of humankind for use in everything from medicine, religion, simply decoration, and in this case, entertainment. Maybe in this case she is protecting herself more than she leads on. She can transform herself in to a new person without fear of judgement or ridicule outside of her artistry (I’d imagine a welcome reprieve many artists would like to enjoy), not to mention flipping the script as a female artist, where judging music and looks tend to go hand in hand. So ya. Her new track “Girl Gang” is pretty cool and mixes lots of sounds. I can’t say I’m huge on her other jams, but GG is tight.