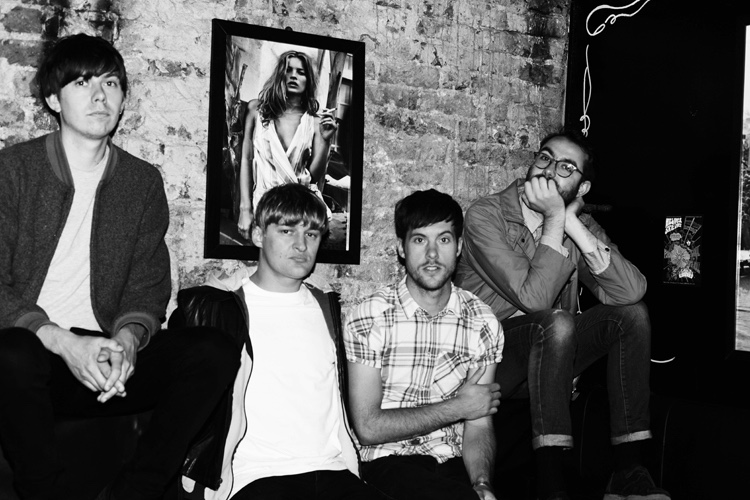 Not too long ago, we had the pleasure of interviewing a talented indie pop group who impressed the US with their smashing hit “Get Closer.” With rising success and a knack for creating energetic pop anthems, London-based quartet Life in Film show no signs of stopping. With a contagious guitar run to start off the track, Life in Film does it again and impresses us all with “Alleyway.”

Filled with energetic and sun-kissed charm, this new jam is an instant attention-grabber. With an infectious beat and a longing for past love, frontman Samuel Fry blows us away with his laid-back and soothing voice. “It’s a song about seeing someone for the first time after having broken up,” Fry explains. “It’s a homage to ‘Ladies Party’ in the final verse from David Bowie’s Diamond Dogs, he was a huge influence on me growing up and so it popped into my head when I was writing the lyrics.”

While you listen below, get excited for their 12-track EP to drop in early May and take a look at their upcoming tour dates with the Wombats.