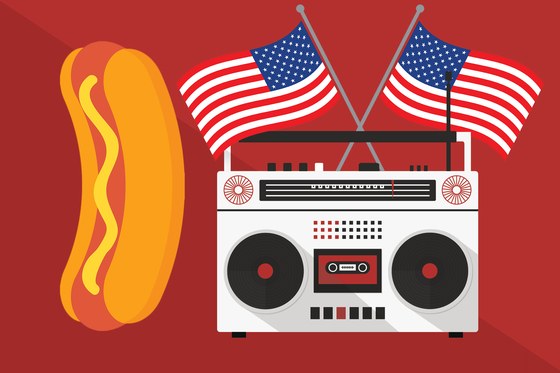 It was Friday before a long weekend, and like most of you, I’m wasn’t actually working. My computer monitor might not even have be on, I wouldn’t know. People walk by your cube, you furiously hit ALT+TAB!! ALT+TAB!! (Where’s that fake excel sheet!? pick up the phone…) “…oh yes Frank. ya’know.., we’ve gotta maximize work time efficiencies and markets and synergizations… No no… totally.” So as we fake worked our way in to the weekend, we actually needed to get things organized so as to properly initiate vacay. Fun swim trunks? Good, good. Next: adequate driving/lounging/fiesta-ing music is required. But since it’s a Fake Work Friday (#FWF – btw I just invented that, feel free to use it) I needed the path of least resistance (re: “do as little work as possible”) for the weekend’s hot jams. Reaching back to previously featured artists seemed like my best bet. Getting me started was Midnight To Monaco, originally featured back in June. These duders have been releasing real fun(ky) tracks all summer. Next was Logic, originally featured back in October 2014 (ya… that’s 2 years ago), who has been blowing up the last year, and here is featured on Big Gigantic’s new track “All of Me.” Then we’ve got Get Inuit’s new track “Teriyaki,” whose fuzzy-pop is rather infectious. Closing out the official “Feli’s End of Summer Four Track Playlist” is a Country Swag prize from Brett Young and his mega-hit off his debut EP – “Sleep Without You.” Impossible not to smile during that one. And don’t try and be tough. Everyone secretly likes country. Just conform already.

So that’s what Feli Said. But since he’s lazy on #FWF, he didn’t get around to posting till today.