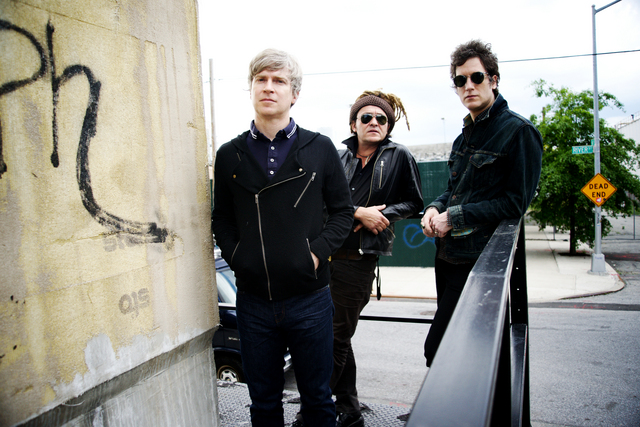 There was a time when all I could do was listen to was Nada Surf. They provided a soundtrack to some of the best years of my life. It was about 10 years ago, and it was shortly after they released an album called Let Go. It was a watershed moment in my life. Ted Brugman told me about Nada Surf and their new album. I owe Ted a thank you for re-introducing me to a band that I had deemed dead years before. And life has never been the same since. Yes we’ve all heard of them from their “Popular” single that came out in 1996. I’m not sure a band could be more misinterpreted by those who cast them in the light. Let Go is one of those albums that needs to be listened to from start to finish. Preferably on a rainy day or a long drive. In one sitting. No rewind, no fast forward, just as is. As it was meant to be heard. It takes a certain type of person to get Nada Surf; but those that do, I will share a beer with any day. Most people don’t and that’s OK too. I just think everyone should be aware that they exist. Take some time and listen to Let Go and if you honestly don’t like it, you’re probably crazy.

Nada Surf played the Bowery Ballroom last night to celebrate their latest release: The Stars Are Indifferent To Astronomy. It was a sold out show. They were tight and on point. They have definitely gotten better with age. Matthew Caws had an energy about him that was evident throughout the show. Ira Elliot was absolutely spot on on the drums. It was evident that they were genuinely happy to be back and playing in New York as they took time between each song to mention so. They played a lot of the new album, which, I guess is the point of an album release party. But I would have liked to have seen them play more off Let Go which is without question their best album. That is not to take away from their show, they were on point. I’m just being picky.

The highlight of the night for me was their amazing cover of Depeche Mode’s Enjoy The Silence. I was completely taken aback by the originality of it and how full it sounded. I was melting in utter bliss and disbelief.

The new album sounds very happy and upbeat. I would say it is the closest they have come to Let Go since releasing Let Go. It has the same kind of energy and feel to it. Sounds like it could have been written by a 44 year old man or a 17 year old boy. Story of my life really. Go get it. It came out yesterday.