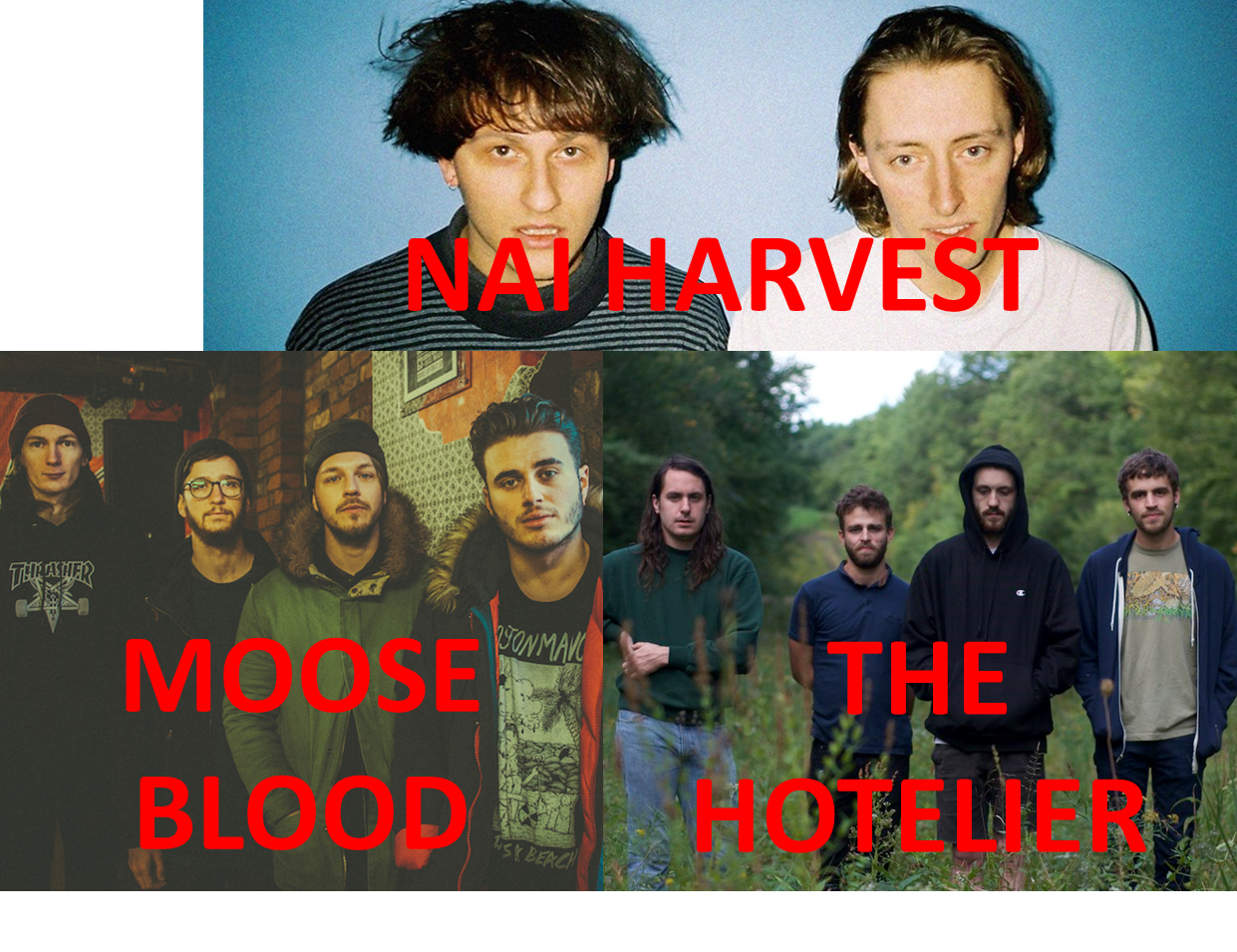 Seems like a lot of the new tunes out right now really stink. They’re just kinda…. “there,” and in turn super frustrating. So it’s been a bit annoying trying to find cool stuff to post cuz so much is all the saaaaaaame blah. So here’s a random assortment of jams I’ve been listening to a lot lately, some oldies but goodies. First up Nai Harvest, a slacker punk gruesome twosome from Sheffield, UK (also refer to themselves as “pop scum”…). They’ve been featured as a “Band to Watch” on StereoGum and put out a pretty solid album last year. From that album: “Melanie.” Next up, in hot anticipation of their 2nd full length out later this year, Moose Blood, a sweet band on No Sleep Records from Canterbury, England. Seriously, these dudes are just awesome. They’ve been compared to Brand New’s Deja Entendu, The Get Up Kids, and American Football, and were nominated for APMAs 2016 Best Underground Band. Their album I’ll Keep You In Mind, From Time to Time is in my “Saved” folder, if that says anything. Finally, not new, but touring this summer in support of their forthcoming album out in May, The Hotelier, the only band here not from the UK. These dudes are from Worcester, MA, and are definitely the most serious of the bunch. A fave of super serious music reviewer-man Ian Cohen, and rightly so, cuz their last album is tight. Ok that’s it. Happy Friday.