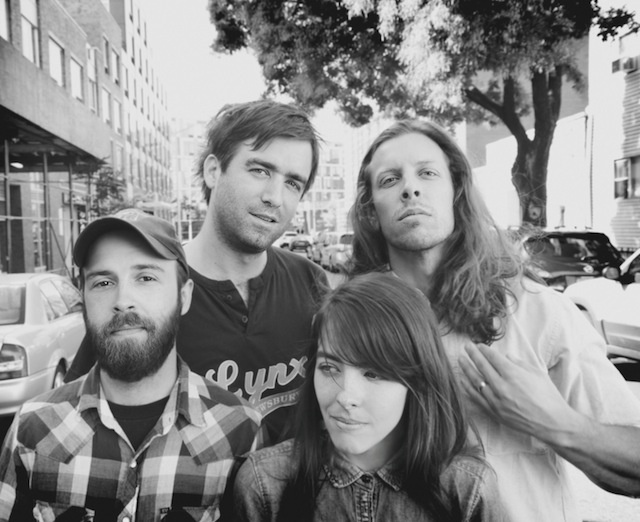 Sprinting in to 2016 with Hop Along

Indie-folker-foursome from Philly, Hop Along, began as a solo acoustic project known as Hop Along, Queen Ansleis when the lead was just a senior in high school. Several new band members and a few identity iterations later, Hop Along began gathering positive buzz on the interwebs, then released in 2015 their third full length, Painted Shut, and it’s pretty dope. We’ve been featuring a lot of this kinda tune lately: kinda gritty, kinda shredded female vocals, exposed indie rock. With an 87 on Metacritic, seems a bunch of music peeps’ best kept secret is out of the bag as they’ve grown strictly through word of mouf (kinda like Ludacris…). With ringing endorsements from Rivers Cuomo and Mark Hoppus (Weezer and Blink 182, respectively, obvi), Hop Along are doin’ something right.

2016 Resolution: LISTEN to ALL the things