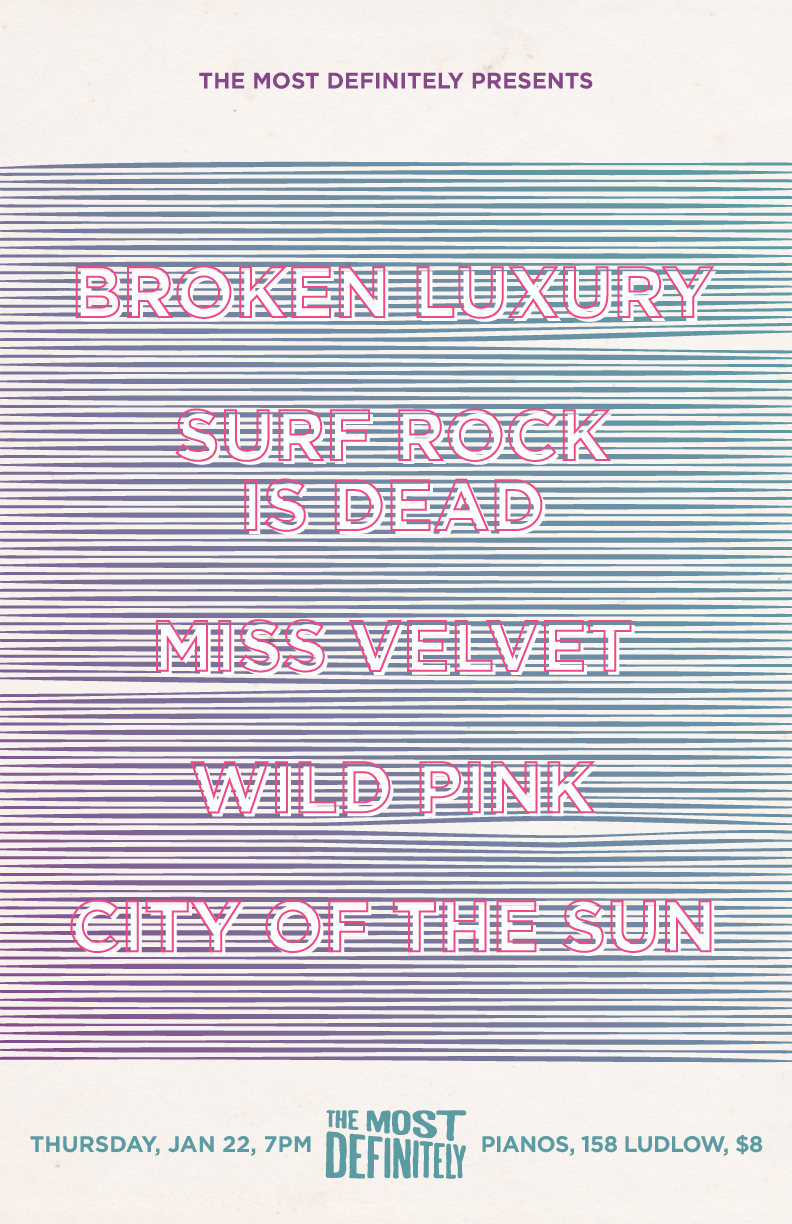 TMD Live is back and we’re opening the 2015 season with a tremendous indie showcase at Pianos on Thursday Jan 22nd. We’re featuring five emerging acts spanning multiple genres starting with the beautiful and buzzworthy sounds of acoustic trio City of the Sun.  The up-and-coming Wild Pink and Surf Rock is Dead will be holding down the NYC based rock faction for the night.  You may follow the beautiful Miss Velvet on instagram, have heard two of her singles on Soundcloud from the upcoming record (produced by Nick Littlemore/Empire of the Sun), but I promise you know nothing about this act until you’ve seen them live.  The delivery of this cross-genre set is built for Broadway. You won’t want to miss it. My favorite soul-pop electronic duo, Broken Luxury, will be on site to close out the night. They moved out from Chicago just last year and have been building a tremendous reputation in this city ever since.  With over 30 new tracks in the works, many of which on the brink of breakout, their live set is always fresh and always amazing.  So come early, stay late and we’ll see you soon.