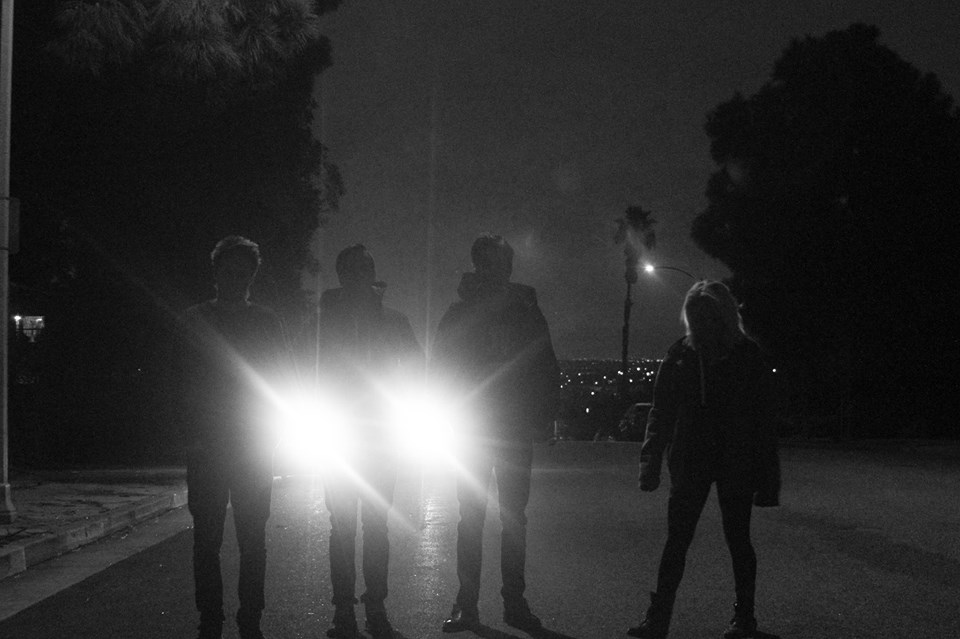 So these duders debuted this summer with a smasher “Girls Your Age” (although “smasher” probably isn’t the right word to describe its electro-minimalism) and have racked up tons of listens. Before they hit the web with their first single, the LA-foursome actually sent out clear plastic cassette tapes with the words “Just Press Play” on them to tons of randos in LA (how’d they get their home addresses??), like some horror flick where you watch a movie and die in exactly one week – except this time you like, listen to some horrible cursed screeching barnyard torture music, then your ears fall off and you die exactly one song later. That’s basically the only possible outcome when you get a package like that, or maybe a musical ransom note… But honestly, who even has a cassette player anymore to find out their dad’s been kidnapped while smoking peyote in Silver Lake? Either way that song they sent out was awesome, and now their back at it again with their second single: Bloodstream. Oh ya, this is Transviolet.