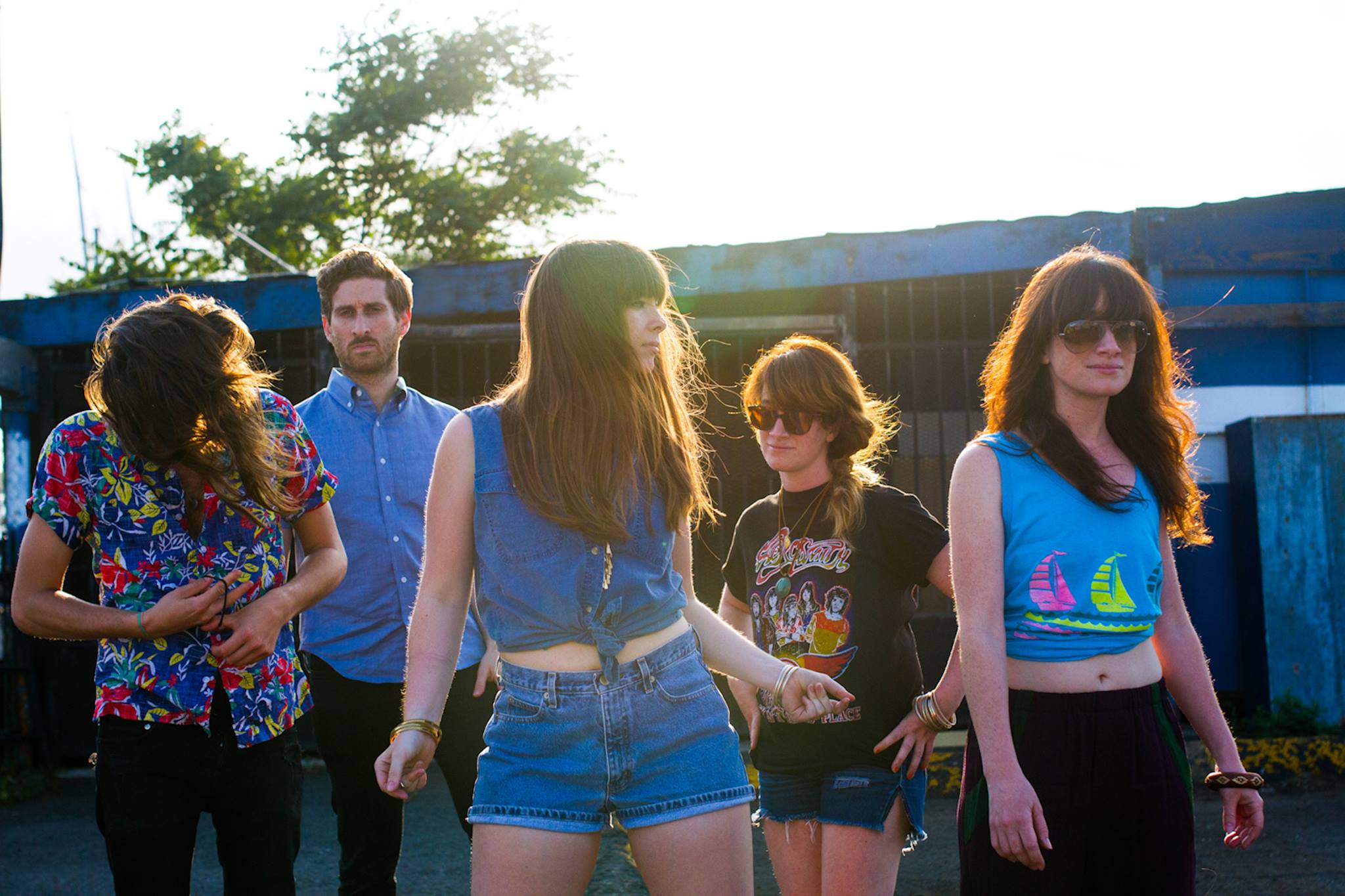 Hey Anna is a NJ/ Brooklyn based band who’ve been around for some time now, but seem to finally be earning the recognition they so deserve. The band, fronted by 3 sisters, plans to release their first full length LP, Run Koko, on July 7th followed by a release show on the 9th at Baby’s All Right. Thus far, the five-some have released 3 outstanding singles “Don’t Talk Stop,” “Move Your Body” (my personal favorite) and “Island.” What I love most about this introduction to their impending release is the sonic range of each track.  Each song retains lush, summery melodies, but “Island” is more upbeat indie-pop, while “Don’t Talk Stop” ‘s grunge elements combined with the sisters’ angelic lead vocals creates a pleasurable and contrasting listening experience. “Move Your Body” falls somewhere in-between, with raucous hooks and ethereal harmonies. Take a listen to “Move Your Body” and watch out for their new album dropping next week!