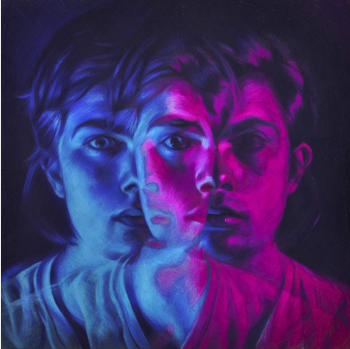 Leach; verb
(soluble chemical or mineral) drained away from soil, ash, or similar material by the action of percolating liquid, especially rainwater.

… percolate; verb – gerund to be precise.
1. [Liquid or gas] filter gradually through a porous surface or substance.
2. [Of Coffee] be prepared in a percolator…

Let’s get this straight, a musician who [claims] the fruit of their labor embodies the essence of distilled rainwater in its purest form. Nothing sounds more refreshingly soothing; my thoughts exactly while listening to “What I do.” Luscious vocals lull us on a cloud of choral-soulful-electro/synth-chill-folk-alt ~ just fabulousness. I haven’t heard the organ included in any releases of late; brava, Leach. The variety of instruments, vocal styles, attention to detail, and ultimately raw talent demonstrate an artist ensnared in the vastness of musical possibility. I predict a non-conformist, Sherlock; Millennial Spirituals.

Put it to the test, imagine, your version of crystalline leach –