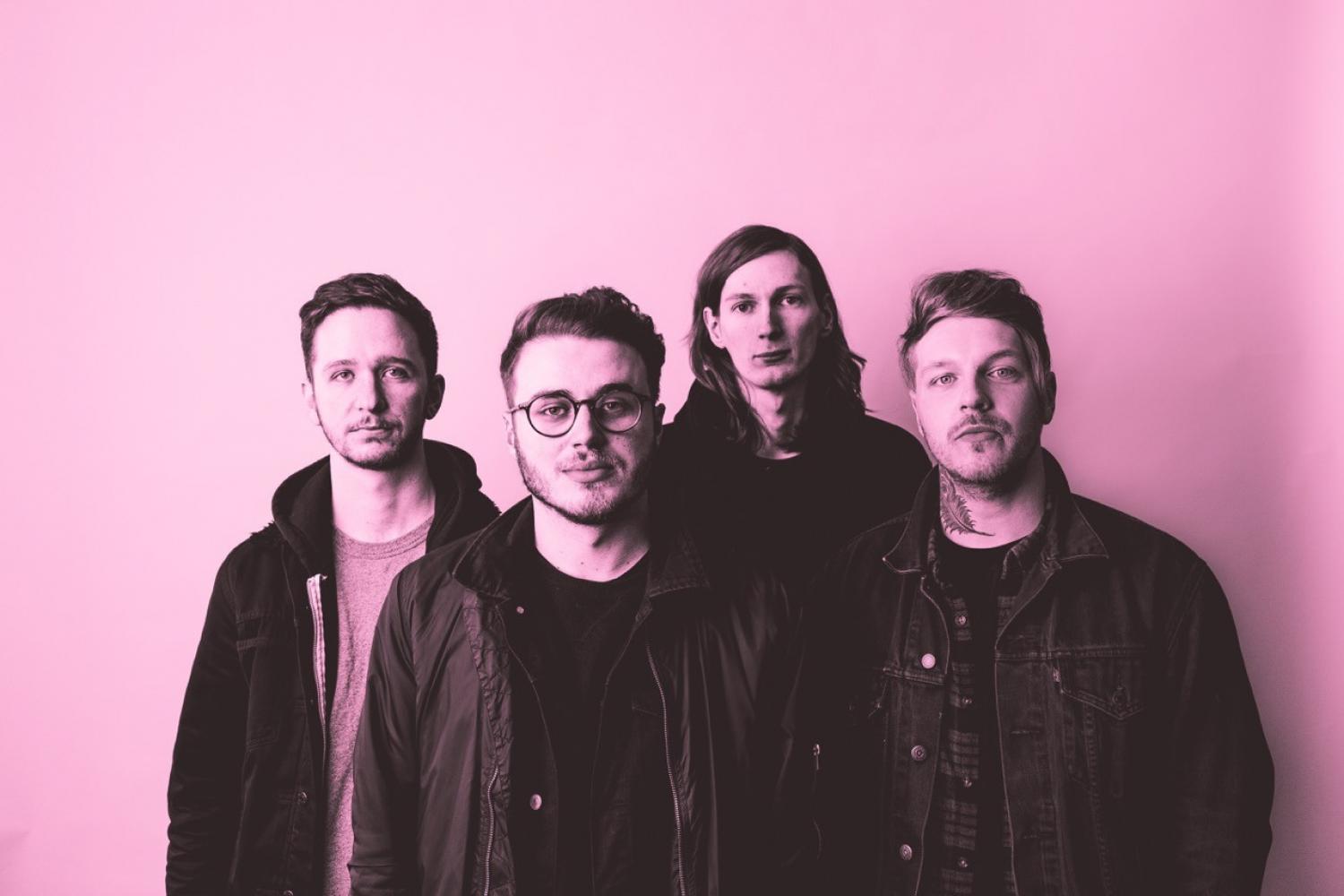 Moose Blood: drink it in

Just got back from vacay, and what was waiting to ease me back in to the work week?, nothing but the long awaited album release from Canterbury four piece, and heavily FSL mentioned, Moose Blood. I saw them a few weeks ago at a tiny club (killer live, def go see them and grab some sweet merch) and they affirmed their status as a complete band in my book [you need to (1) sound good recorded (obv), but (2) be equally as good or better, live – sadly that is not always the case… cough cough Can’t Swim…smh]. 2016 has been ramping up to be the year of Moose Blood, so let’s get a few things clear. Their name: they knew they wanted an animal in their name and were just “mucking about at work trying to say as many silly names really” and MB just stuck. Well all that mucking about paid off, cuz they aren’t gonna be playing tiny clubs anymore. All I could think about while they were on stage, with 400 people screaming every word back at them, was that if they “pop up” just a tad, you’ll be seeing them everywhere. Hopefully they don’t go pop, though they won’t need to to get big.

Part of me hopes they don’t. There’s that bitter sweetness to seeing your small band become everyone’s band when they make it, especially when you see all the people you pride yourself on being a music snob over start to flood your shows and “ruin” that special band. But there’s a bit of a catch 22: you want them to be successful, of course, but then you as a fan lose that intimacy you share in a tiny underground club (see Fall Out Boy). You want them to make a living, so they can keep doing what they love (and more honestly, to selfishly provide you with more tunes you love), but there’s that part of you where you kinda don’t want them to be too successful; then maybe they’d retain that shard of what made you like them so much to begin with. And then you feel like a real sh*thead (or should at least) for wishing for that. Then you come to the conclusion you’re happy they go big (and then can tirelessly remind everyone you knew of them first – see Sum41), and just pray all the spinners and Dom and sing alongs with Wiz Khalifa don’t “change” them.

Moose Blood sold out their headlining US tour (even had to upgrade to larger venues in certain places do to such high demand), and are already selling out UK shows months in advance. Upset Magazine’s interview with them earlier this summer titled the article “MB’s second album will send them stratospheric.” Fans were already earmarking their new album, Blush, for a nod at best album of the genre before it even came out. I’ll say it’s prettttttyyy prettttyyy good. Idk about AOTY just yet… Tracks 8 and 9 slow it down a lot, and they coulda taken a few more risks with their hooks, but beyond that it’s real tight. It’ll be on repeat for a while.