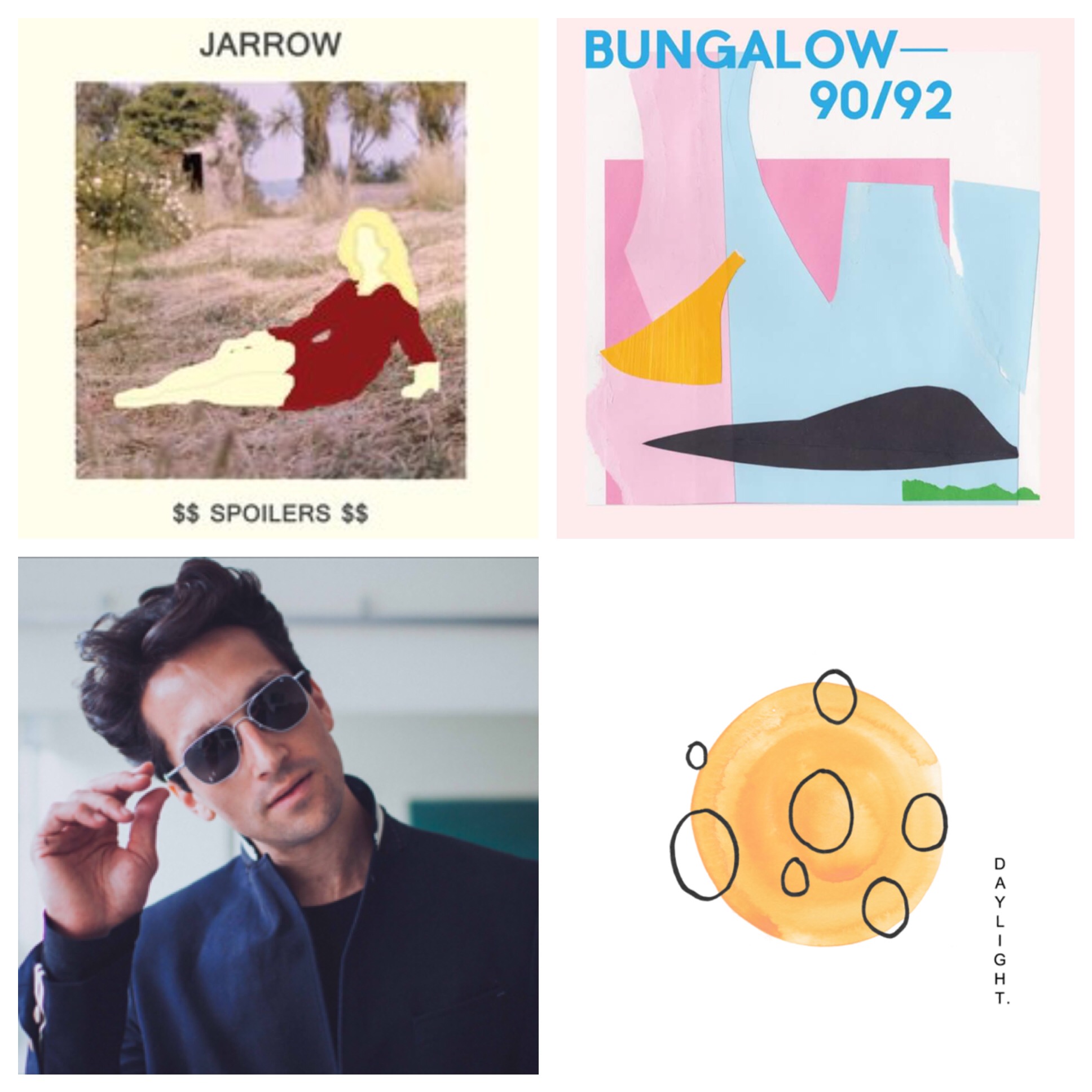 As I’m procrastinating on packing for a trip to Zion and Bryce Canyon where there’s a possibility of snow in the very near future, I’m reminded of how much I miss summer.  It was only 2 weekends ago that I was eating brunch outside in the blazing sun and attempting not to sweat into my food (an impossible task in humid DC weather). It’s difficult letting go of summer, but these songs are so damn catchy that they’ll ease your transition into fall weather and pumpkin spice latte basic-ness. Get ready to soak up these songs and let them transport you back to summer bliss.

Jarrow is the solo project of 20 year old Melbourne musician Dan Oke. “$$Spoilers$$” is a shining example of bright, indie garage rock.  This sunny track that showcases the most spunk and personality can be found on his recently released debut album, 2003 Dream.  The accompanying video to this single is also something to behold.

I couldn’t glean much from the interwebs on Dutch indie-electronic duo Bungalow. However, I do know that their debut ep, 90/92 is pure listening magic. Though the ep only contains four songs, “Fox” is the song that grabbed my attention immediately…which maybe isn’t completely fair because it IS the first song. Regardless, it’s the catchiest song with the greatest promise of shimmy shaking.  The ep as a whole is a blend of killer vocals, tremendous synths, and smooth production. Give the four tracks a spin and see if you’re not craving more before the last song is over.

THIS SONG. THE SYNTHS. OMG.  As soon as I heard the first few seconds of this song, I was snapped out of a work daze like I had just taken a midday caffeine break for my senses. Francis and the Lights lead singer Francis Starlite nails the mix of echo-y auto-tuned vocals layered over powerful, driving synths. The result is this bang up tune that could get even the most reluctant of listeners to hit repeat. “See Her Out” is the opening track on their latest album Farewell, Starlite! Start with this song, stay for the rest of the album.

On the heels of his first three singles, “Boy”, “Need Your Love”, and “Vices” comes “Daylight” from the mysterious LA via New Zealand artist known as BOYBOY. While these are the only four songs on his Spotify and SoundCloud pages, he’s built strong momentum with the release of each song. “Daylight” is the most captivating, with a fetching hook and stimulating beat. I don’t know if it’s his anonymity, or the fact that his songs are all so addicting, but I feel very enthusiastic about him as an artist and am super eager for him to release new music.