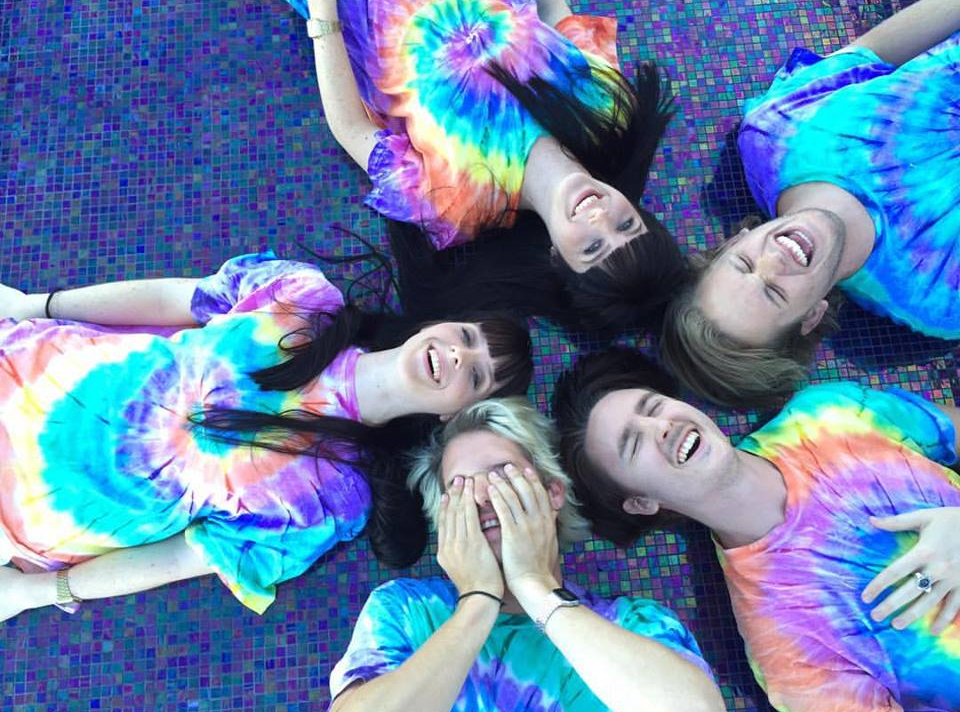 South Africa, for anyone that’s been, is known for its exclusive production of Mercedes Benz C Class right-hand drive cars, lion burgers, the filming of District 9, the largest diamond ever – therein stole by the British, the highest bungee jump location in the world (710 feet), its collection of over 2000 shipwrecks off its coast, its hilarious laws (i) it’s illegal to sit closer that 2 meters to someone of the opposite sex if he or she is wearing only a bathing suit (ii) bear wrestling is illegal (damn!), and of course it’s burgeoning indie pop scene. Well that’s really it I think. I mean, I’ve never been, I just kinda know stuff. This Cape Town quartet (sometimes a fifth joins), Al Bairre (pronounced Al Bear), are an aggressively unfancy band with a sweet new EP out 2 weeks ago. They’ve still yet to put out a full album but are on the radar for 2016. They’re made up of twin gals, one dude who’s kissed both, then some other dude who tagged along once those three made a band. Oh, and they love tie-dye which is kinda bleh I guess… Oh ya, Disney’s Animal Kingdom exclusively serves South African wine. Neat, right?

Brought to you by the kind folk of Feli